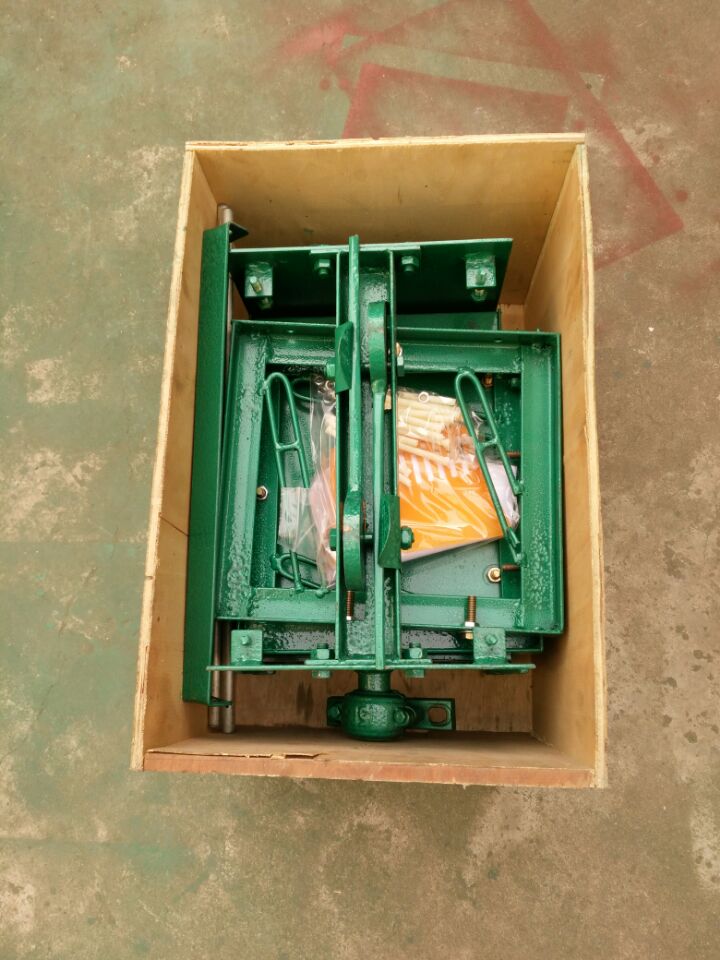 This machine is designed in assembly line method. Such as: Supplying water automatically, Electric beating, Grouting, Coming out.
It has changed the manual operations into electric clutch with water cycling. Greatly decreased workers’ labor intensity, improved many times of efficiency. 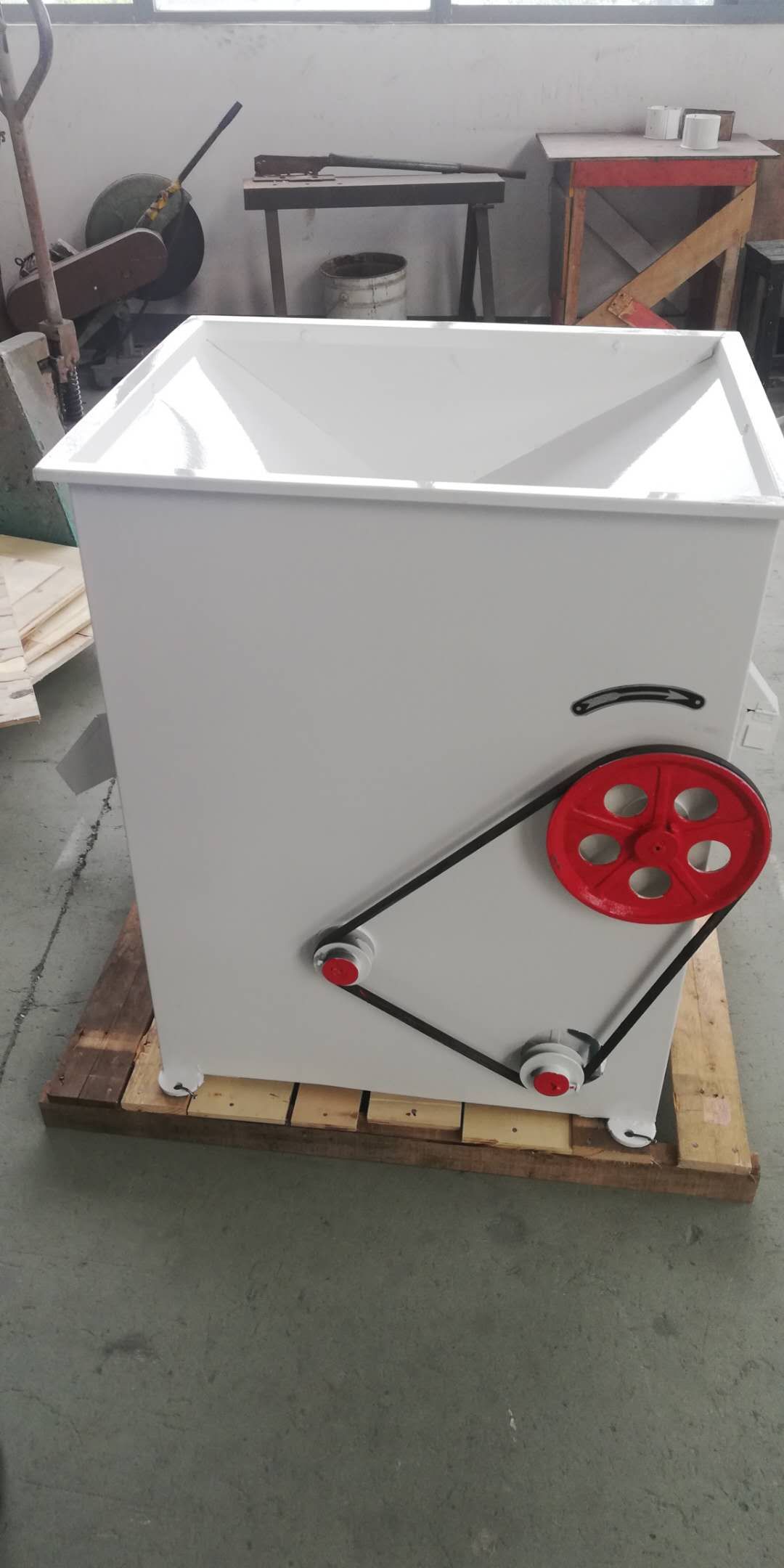 The stoning machine is an ideal cleaning machine for all kinds of grains such as wheat , rice, maize and so on(For defferent kinds of grains, the screens are different. Advise us in advance, please.). It is also suitable for equipping with complete milling lines. 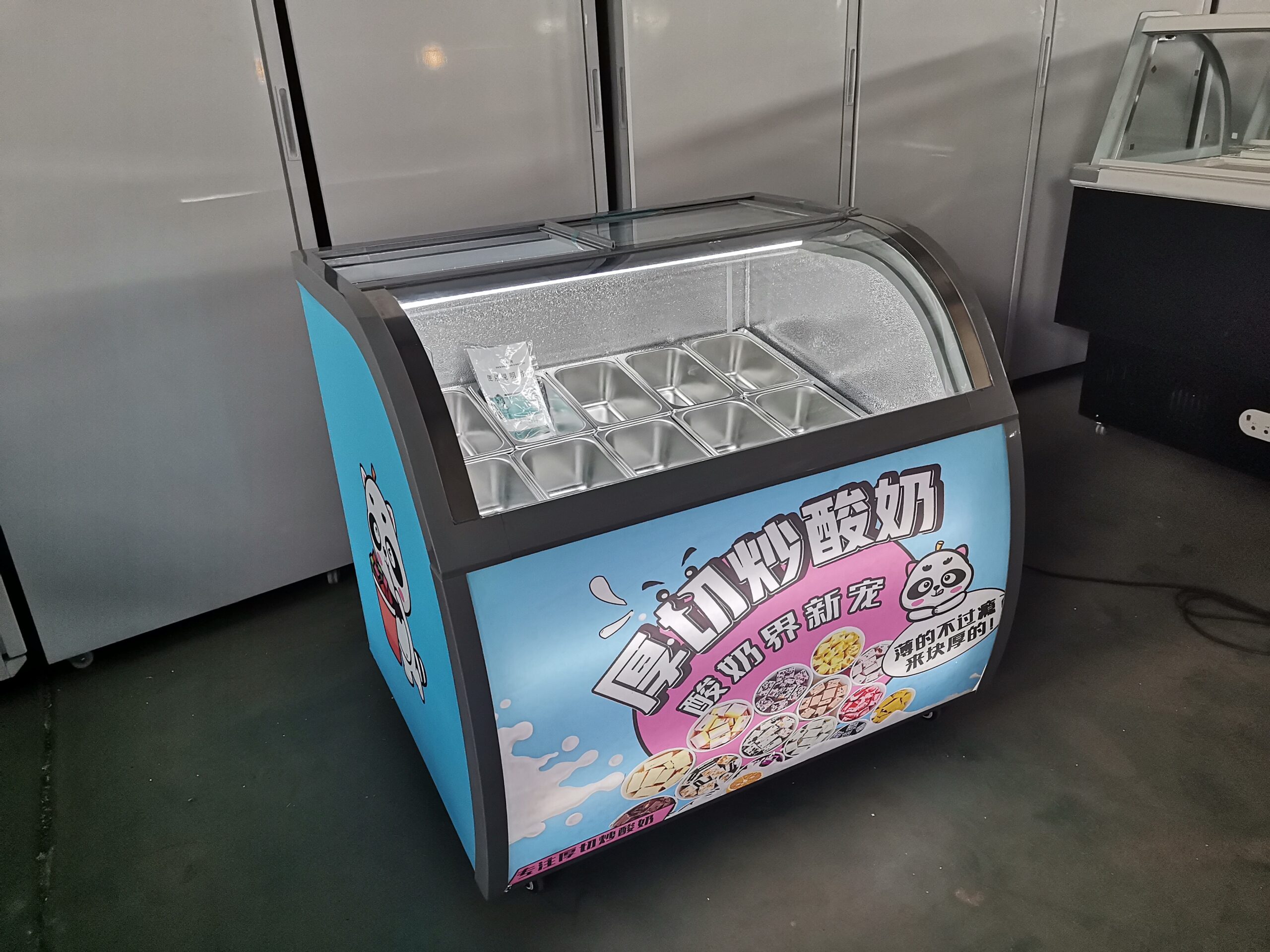 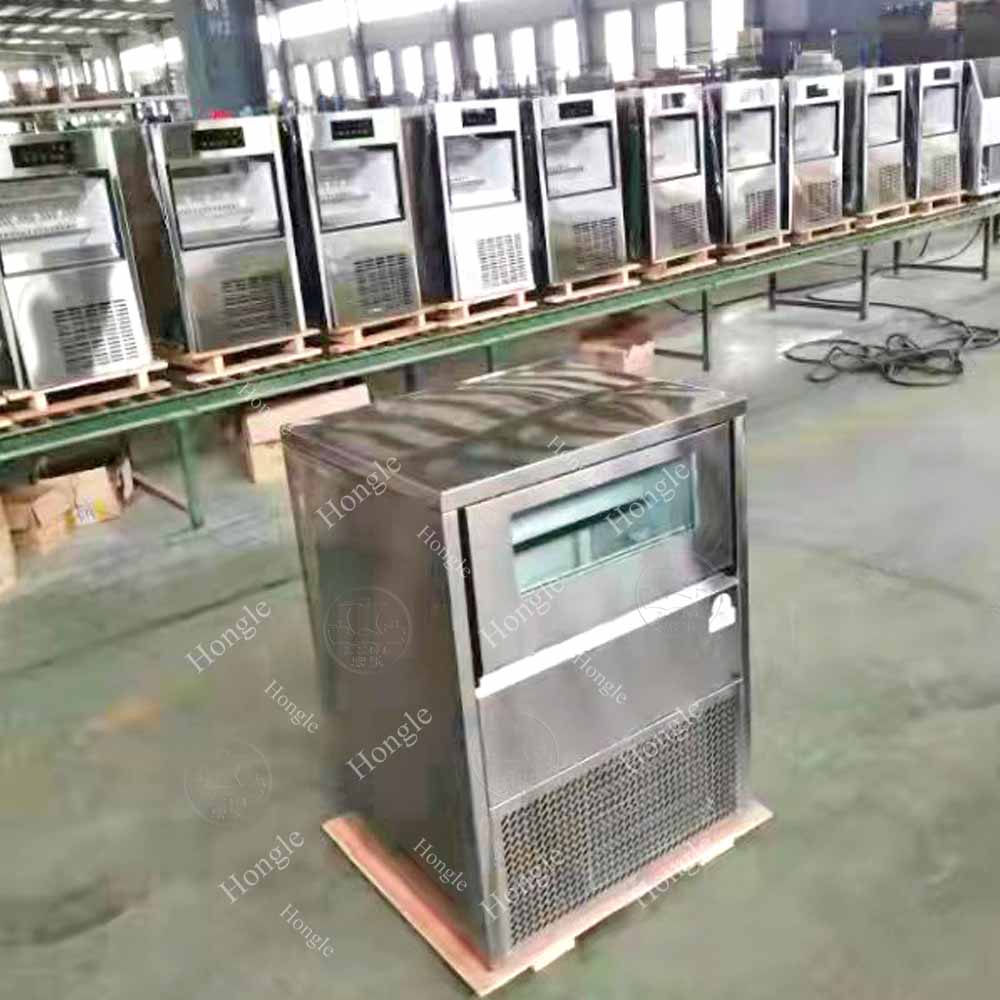 cube ice machine price ice factory 25kg/24hours ice machine
Are you still trouble with picking up a high-quality ice making machine? our product is your perfect choice. Made of durable stainless steel, our 25kg/55lbs per day commercial ice cube making machine is durable, sanitary, and easy to clean. It is equipped with digital control panel and owns the ability to set time of making ice in advance. In addition, it has good insulation effect thanks to its super-thick foam layer and cyclopentane insulation layer. Perfect for coffee shops, hotels, bars, KTV, supermarkets, bakeries, restaurants, cold drinks shops, laboratories, schools, hospitals and other places. 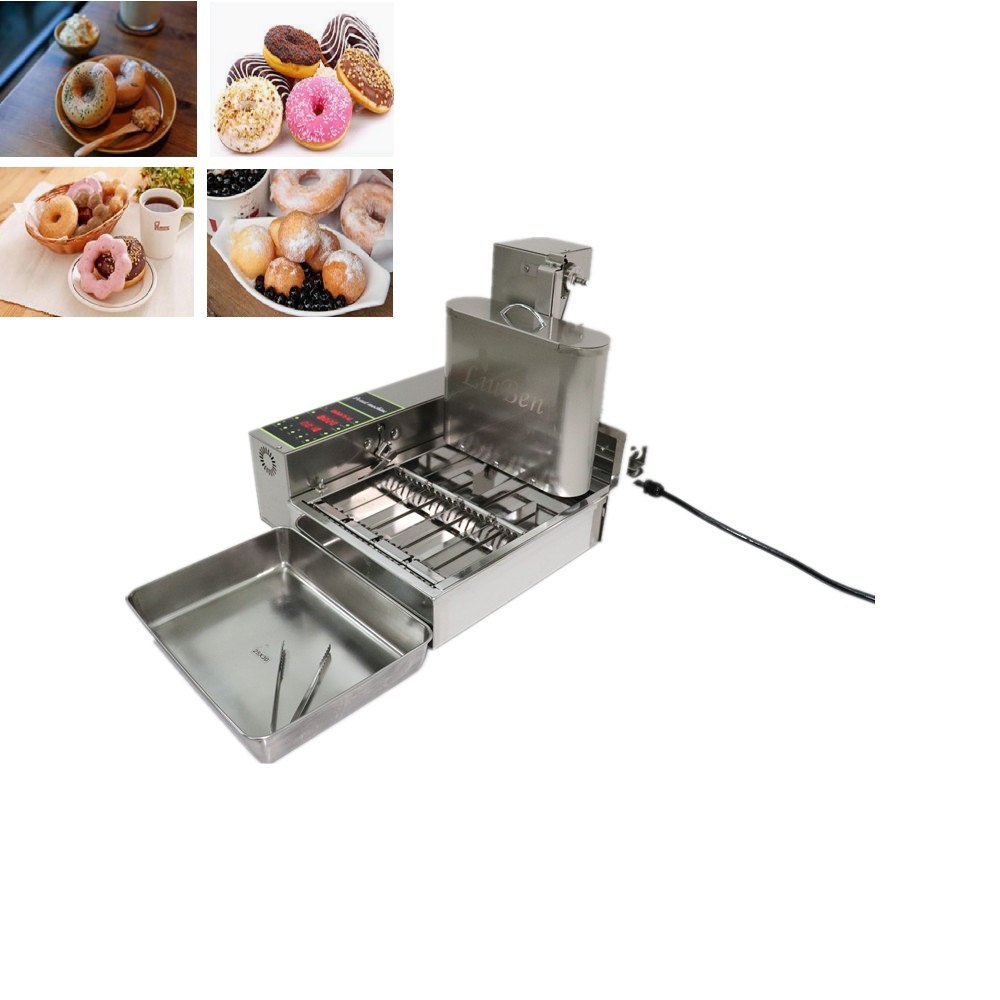 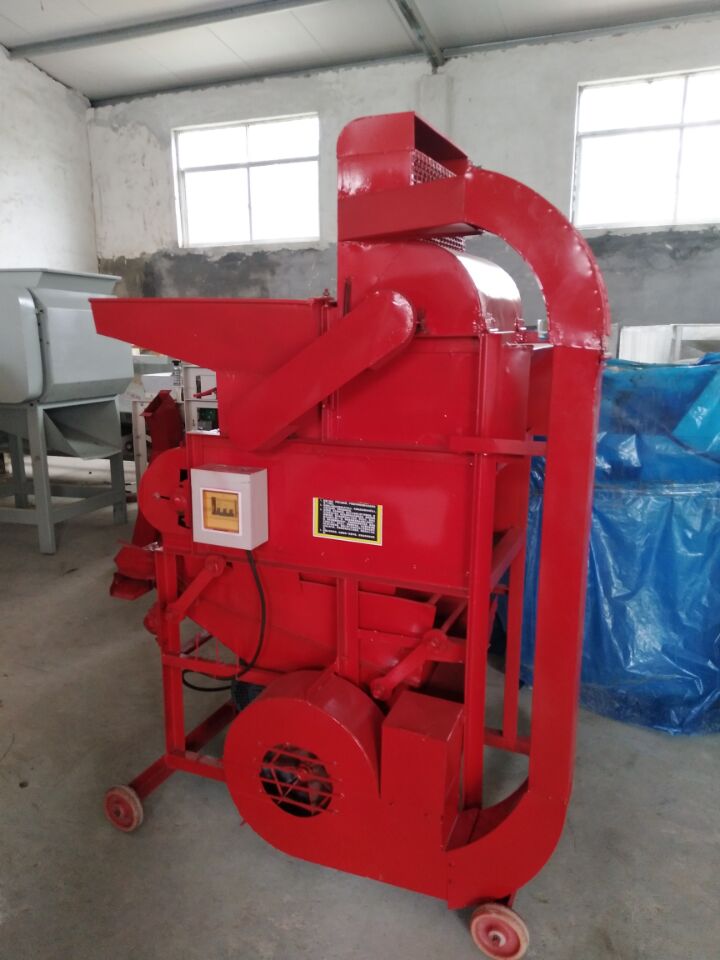 Peanut shelling machine rack, fans, rotors, single-phase motor, the screen (size two), into the hopper, vibrating screen,triangular belt and its drive belt and other components. The normal operation of the machine, the peanuts quantitative, uniform,continuously into the feed hopper, the first fall to the coarse gravel, the plate due to the rotation and fixed grating grafting between the gravel, the peanut shell peeled off peanut after separation At the same time with the shell down through the grid,peanuts repeatedly hit the rotor, friction, collision, peanut shell broken. Peanut and broken peanut shell Rotating wind pressure and blow in the rotor, through a certain aperture of the sieve (peanut first threshing with a large hole sieve, cleared after the replacement of small fruit into a small hole sieve screen Second shelling), then, peanut shells, tablets by the rotating fan blowing force, light weight peanut shells were blown out of the body, peanuts through the sieve screening to achieve the purpose of clearance. 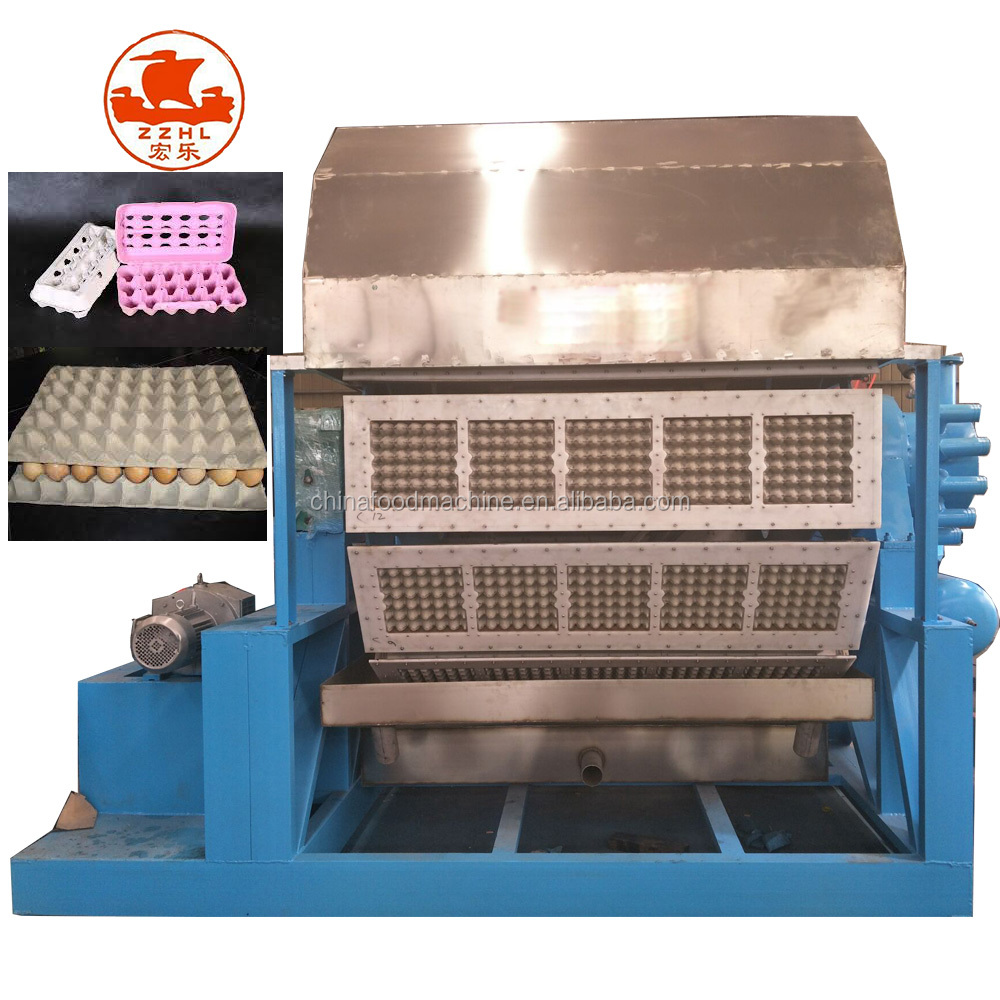 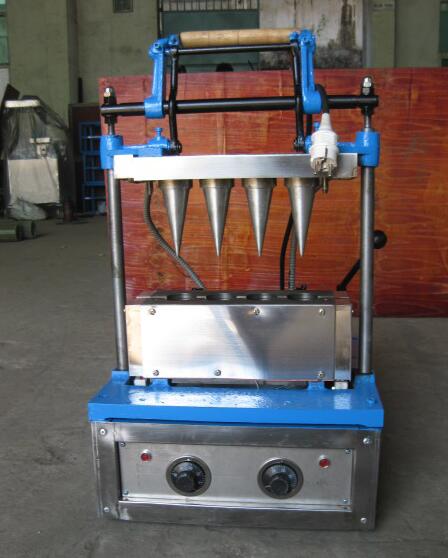 This Ice Cream Wafer Cone Making Machine is professional for ice cream cone making.This ice cream cone machine the same species of mold can be used interchangeably,To produce different shapes of cone,Can also according to the specifications of customer¡¯s capacity design and color shape for its special design and manufacture. 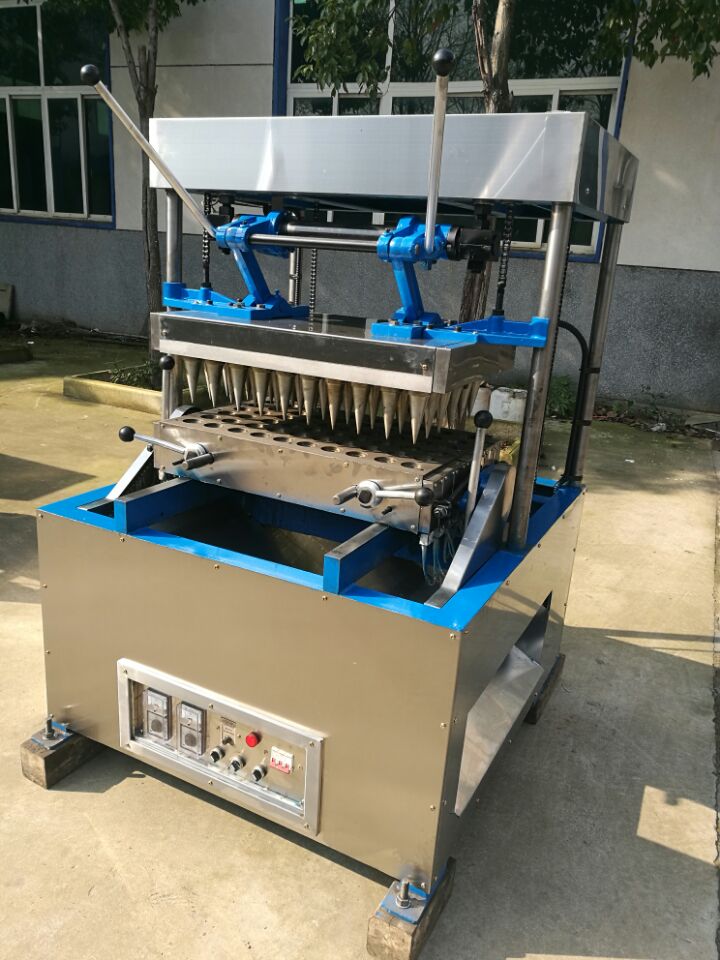 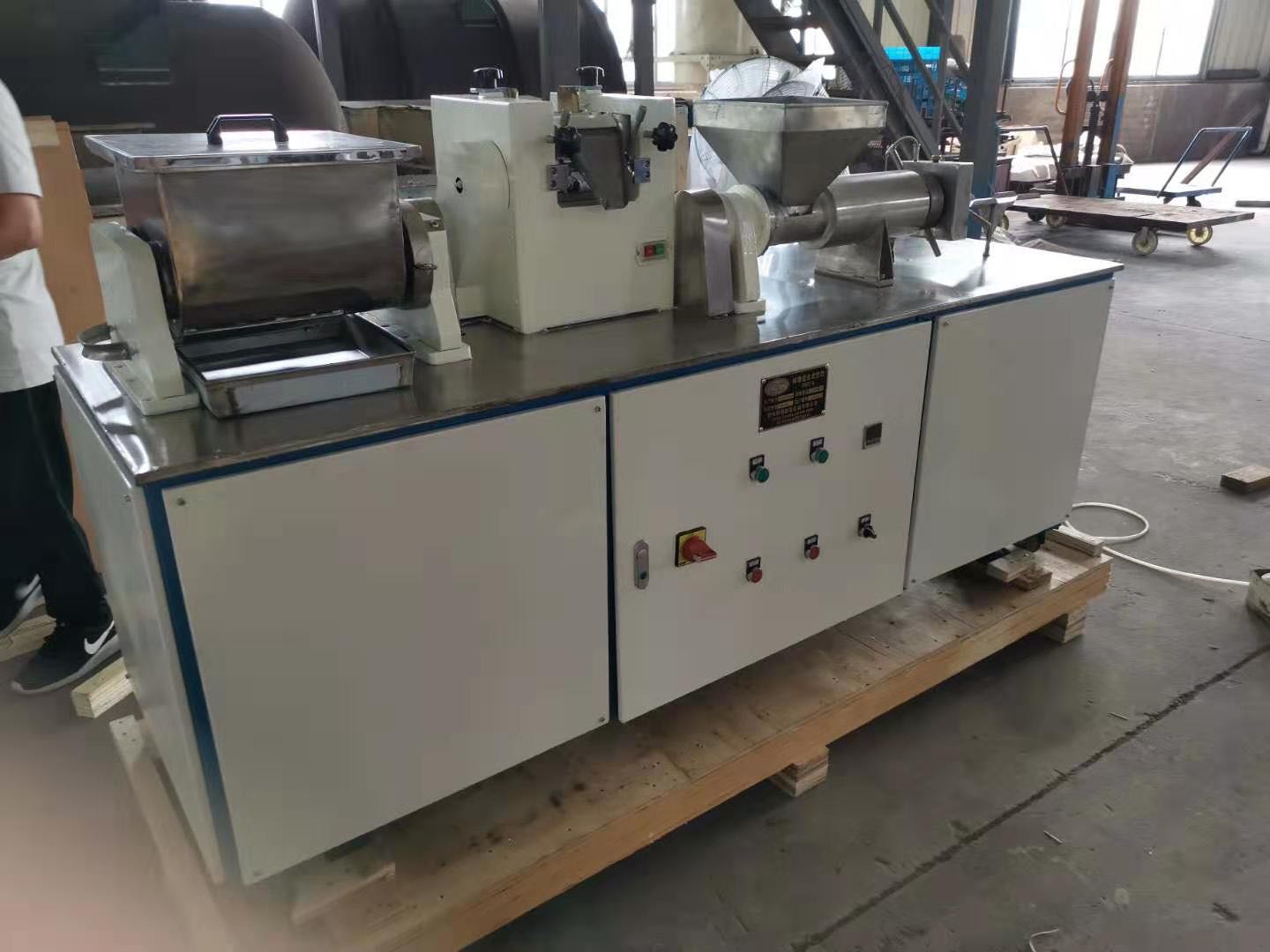 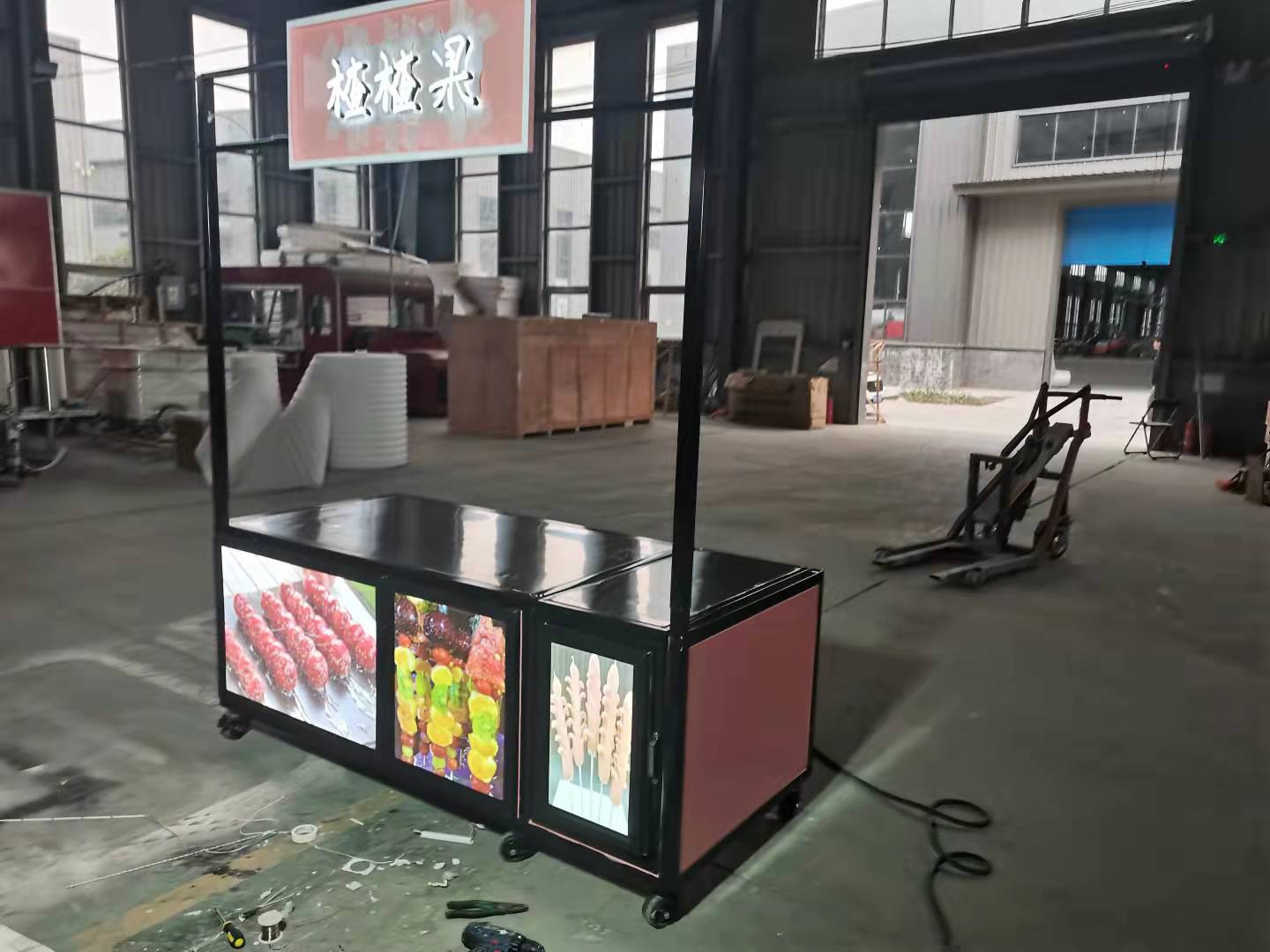 Product Features
1. The mobile dining car is a personalized vehicle that is customized for individuals. It can not help but be personalized in appearance, and can also be customized for entrepreneurs’ products in the interior.
2. The vehicle is fully equipped, and the corresponding equipment can be controlled according to the size of the vehicle. It also includes smoke-free and dust-free processing, which not only makes the food more attractive to customers after it is made. At the same time, cleanliness is ensured.
3.Convenient to move, you can move anytime and anywhere, and change the golden terrain for better business 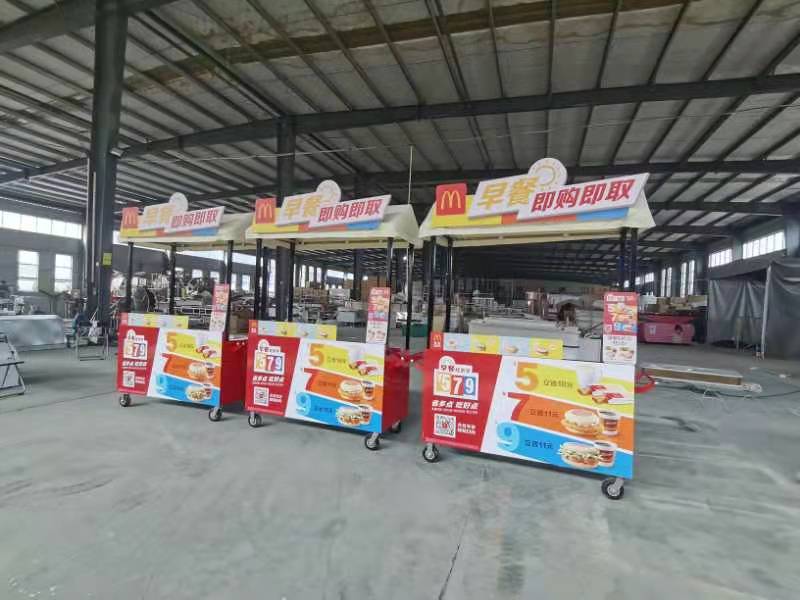 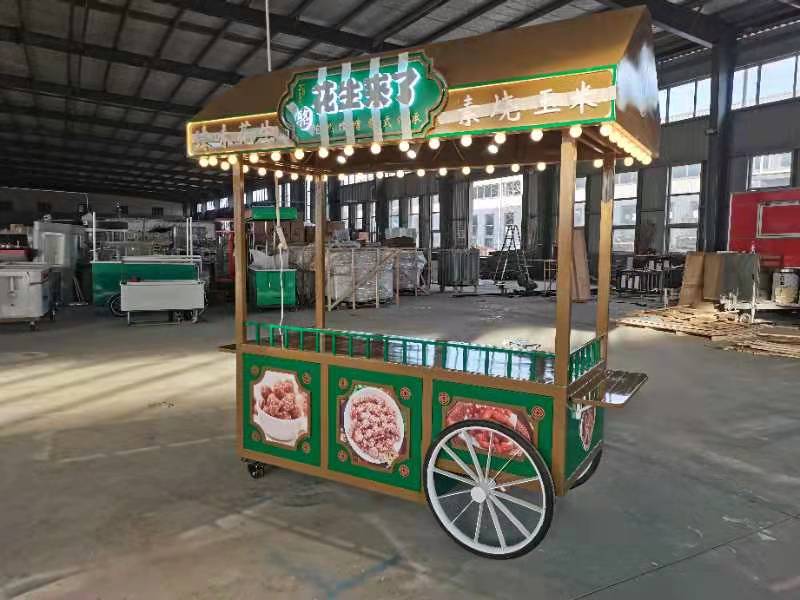 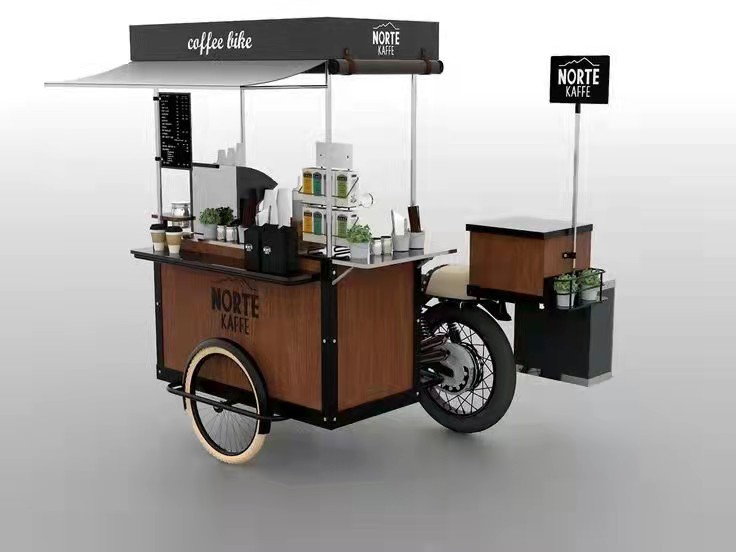 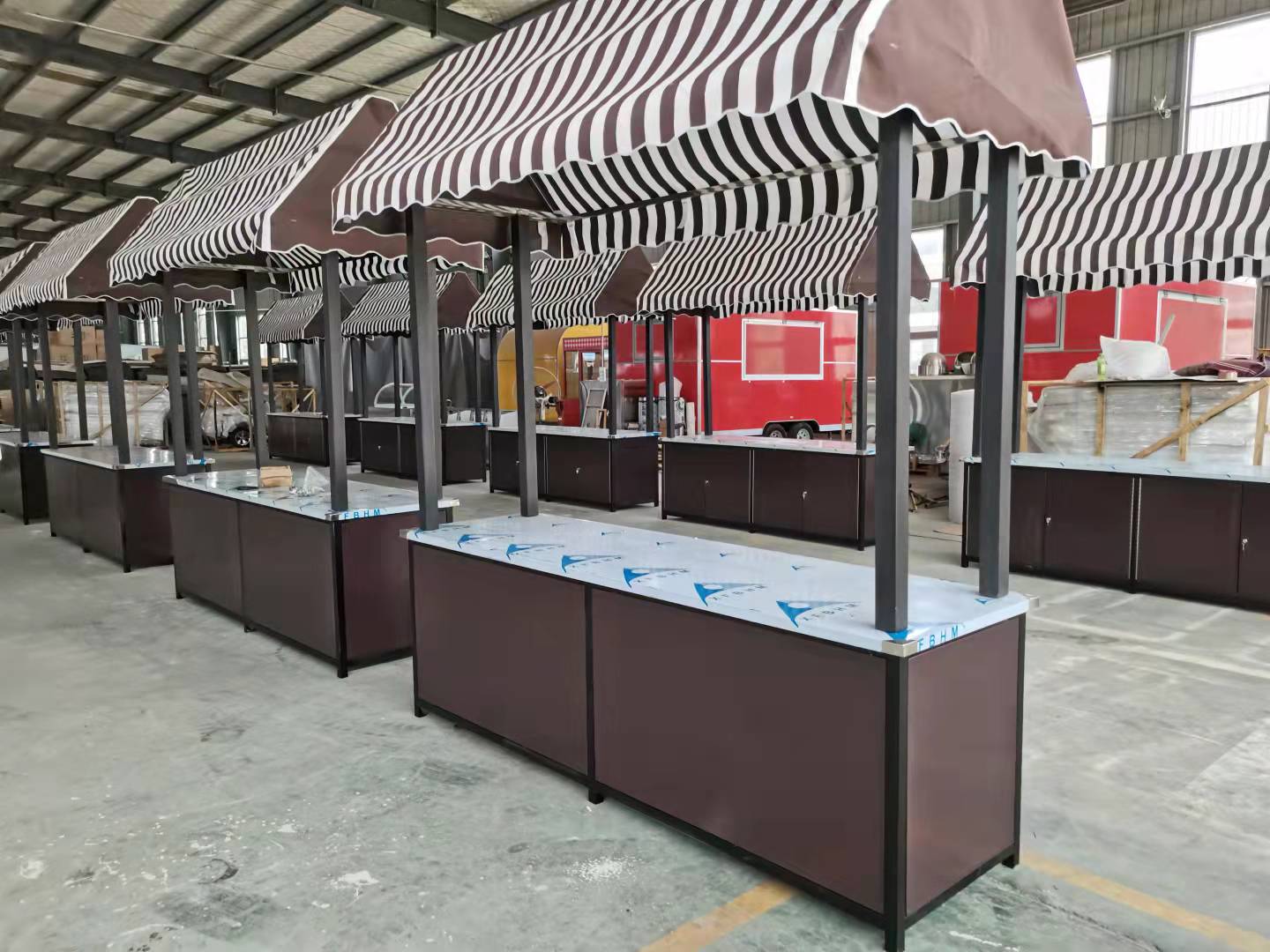 It is a popular hand push food cart for sale.About the materials of machine,the outer layer is galvanized sheet, in the middle is the insulating material and wood board, the inner wall is the aluminum plastic plate,so it own high quality.It can removable equipped to cook and sell food and eray to operate and clean.You can use food bike cart making all kinds of fifferent foods.In recent years,food traileroffering gourmet cuisine and a variety of specialties and ethnic menus, have become particularly popular. 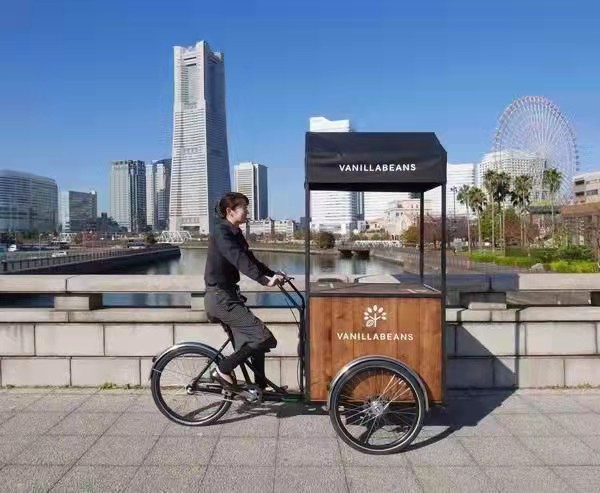 1.The Body size and color is not fixed. Customization is available. 2.Any uncertain trailer design, don’t be hesitate to talk to us.
3.We can provide 3D drawings for you to preview your customized inside of food trailers 4.The kitchen appliance catalog will be sent to you and we will offer you choices based snack plan. 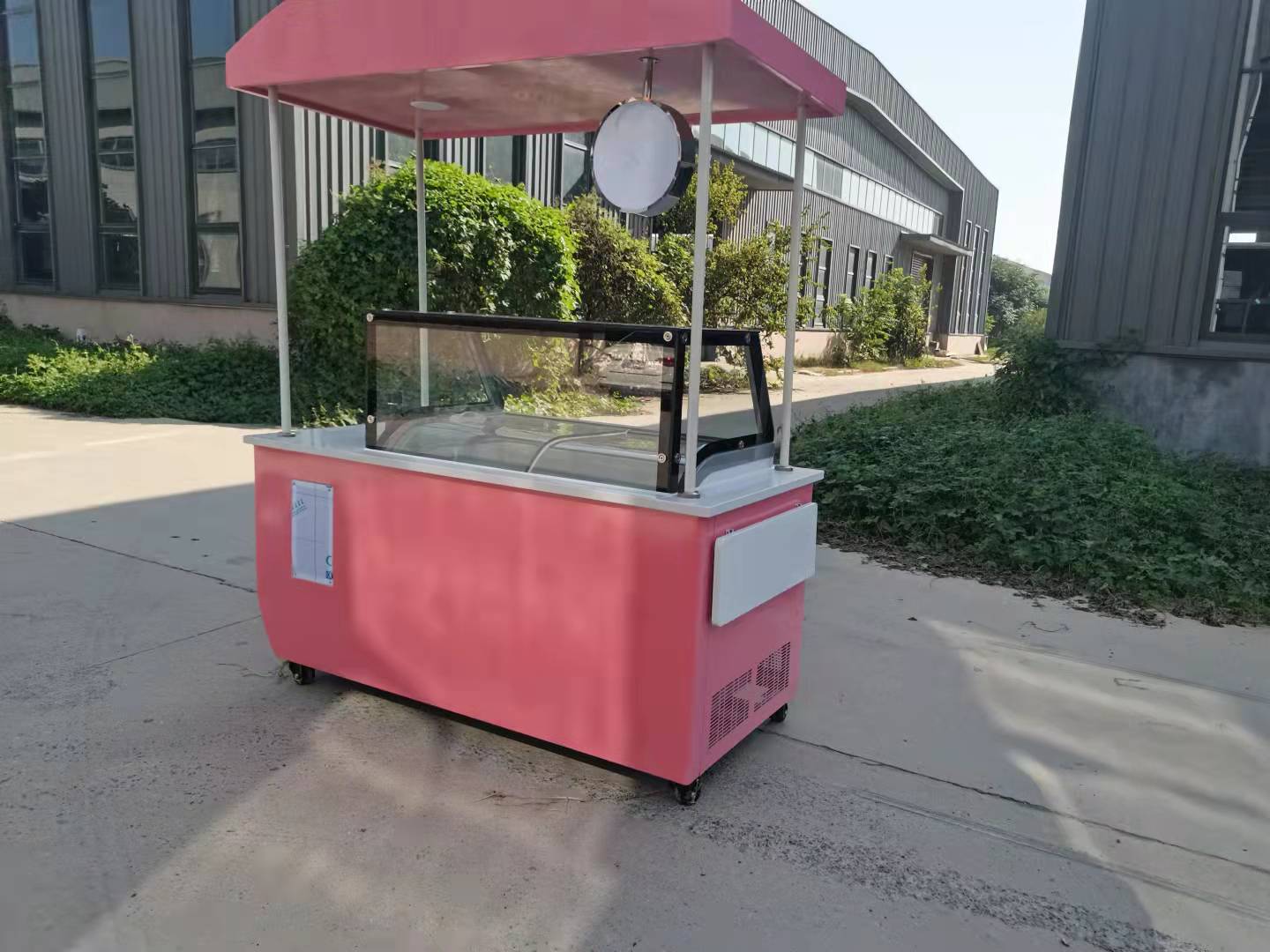 Main Features:
1. Low-cost and Environmental no smoke and noise, easy to move any place.
2. It can be used for many years and will not build rubbish , and that is much suit for modern life.
3. It’s convenient and simple for load and transport because the design is unique and individual.
4. The internal material is stainless steel, and the flatform (table) will not get rust forever.
5. It is shock and difficult to corrosion, high heat resistance & high strength, high color fastness;
6. The size,color, internal layout can be design as you like. 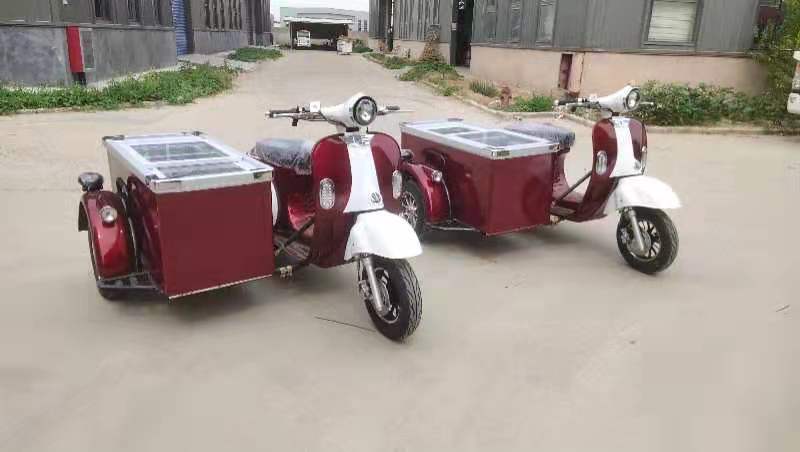 Electric Stainless Food Trailer Truck Mobile Kitchen Food Truck :
Both sides is made of glass fiber reinforced plastics .
The inside and outside of the food cart uses car paint.
The backboard of the food cart uses double-layer color steel plate with thermal insulating layer;
The front veil is anti-impact board;
The bottom has inflatable wheels and is equipped with high-speed bearings and 4 jacks; 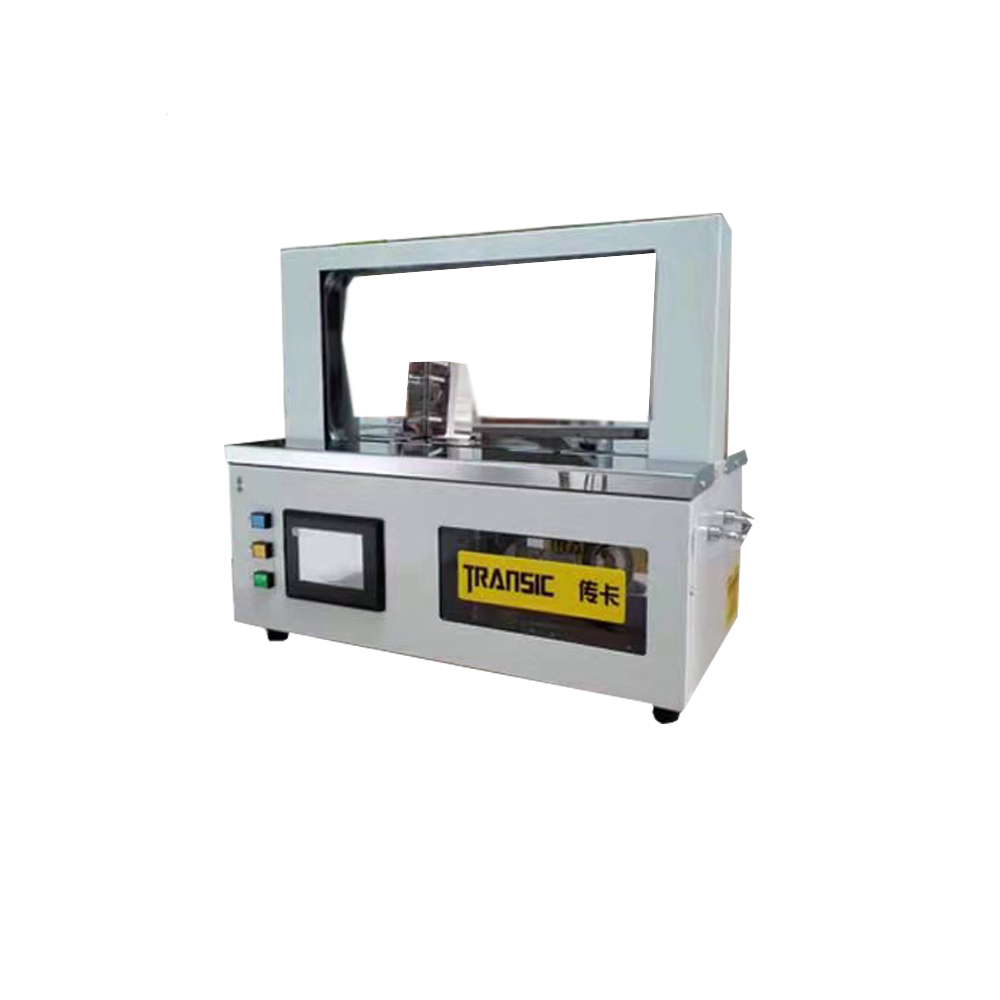 Product packaging is simple and beautiful. It is suitable for paper products, medicines, cosmetics, electronic products and general light items. It can also be used with conveyor belts according to production needs to achieve unmanned packaging, save manpower and improve packaging quality.

Biscuit can be grouped into hard biscuit,cookie biscuit,according to the formula,process,and different forming method,Hard biscuit production line is generally composed of a feeding machine,a set of dough roller,through the rolling and dough sheeting ,then through the roller cutting machine ,rest material recycling device,inlet oven machine can be the whole forming process. 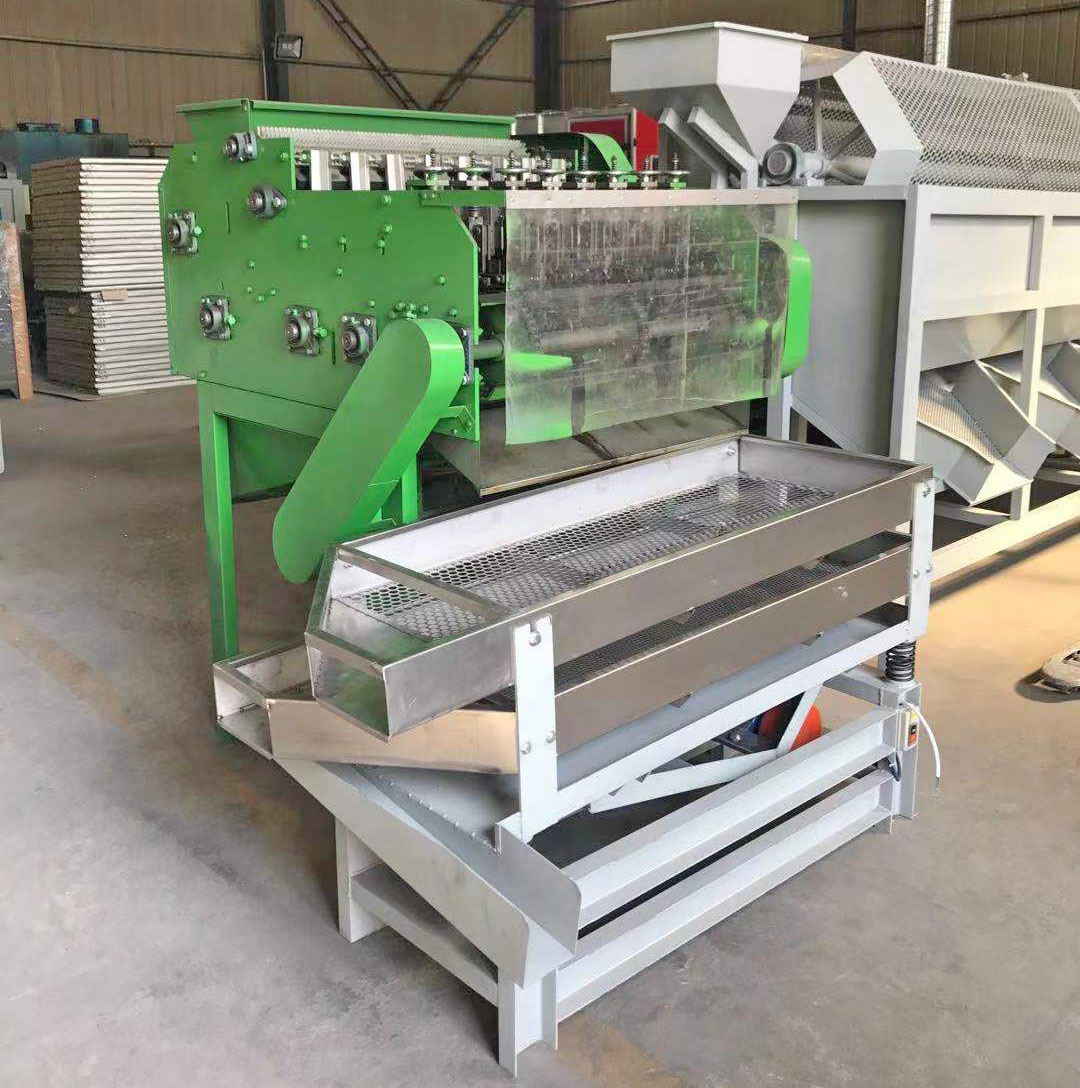 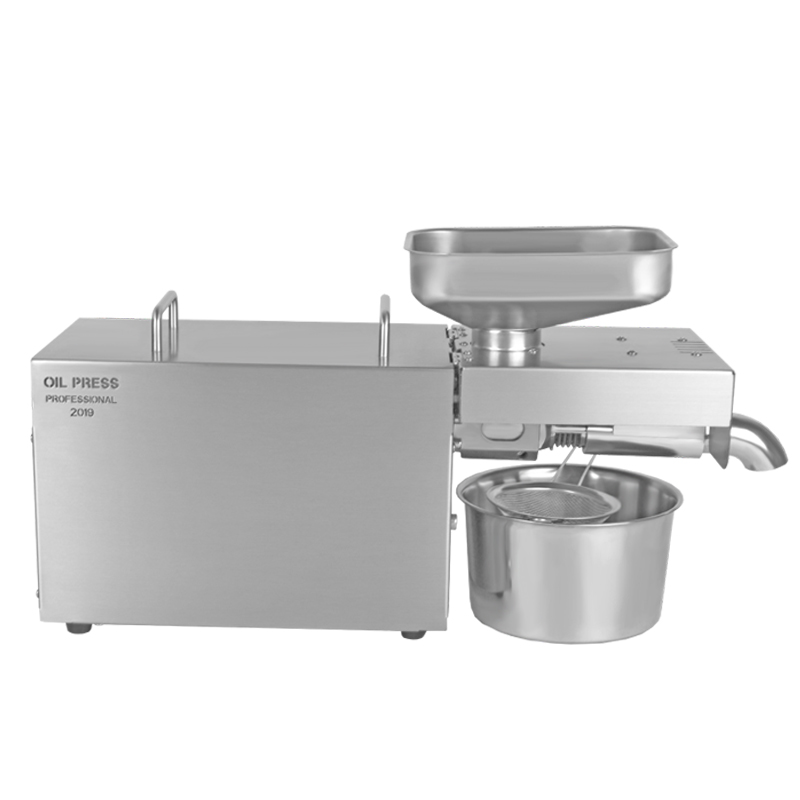 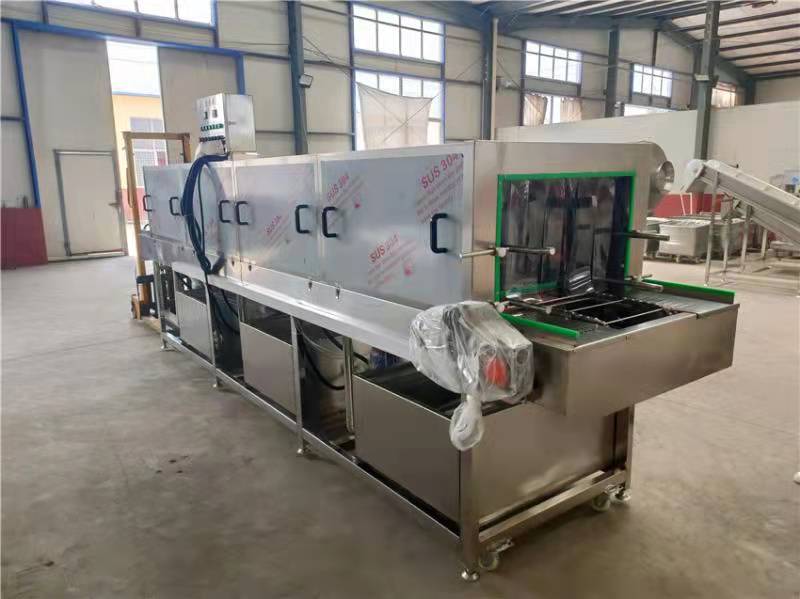 Body structure
The body of this machine is made of 304 stainless steel that meets food standards.
With adjustable floor feet, you can freely adjust the height of the machine. 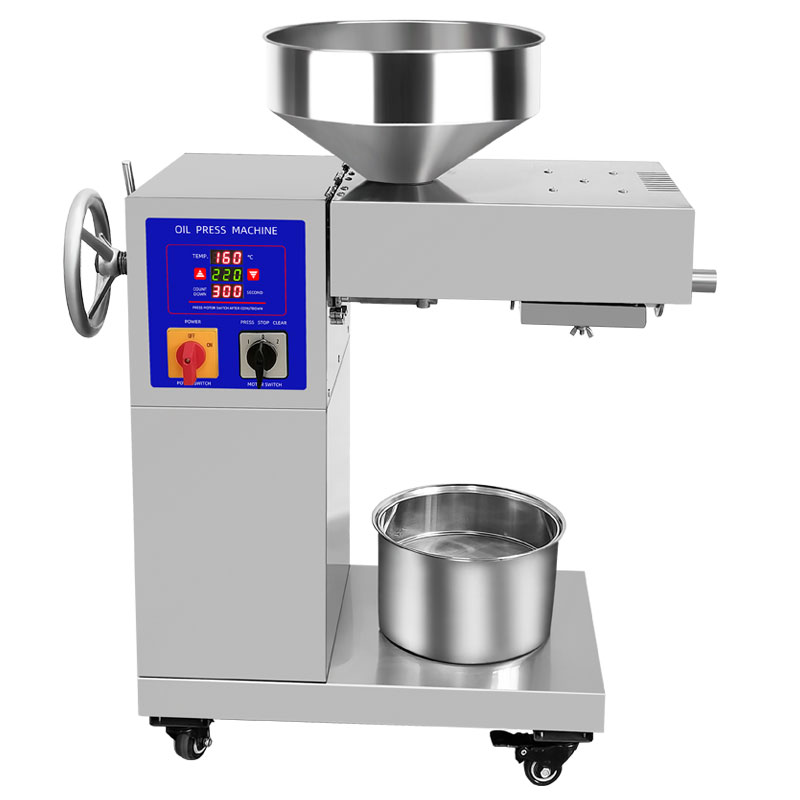 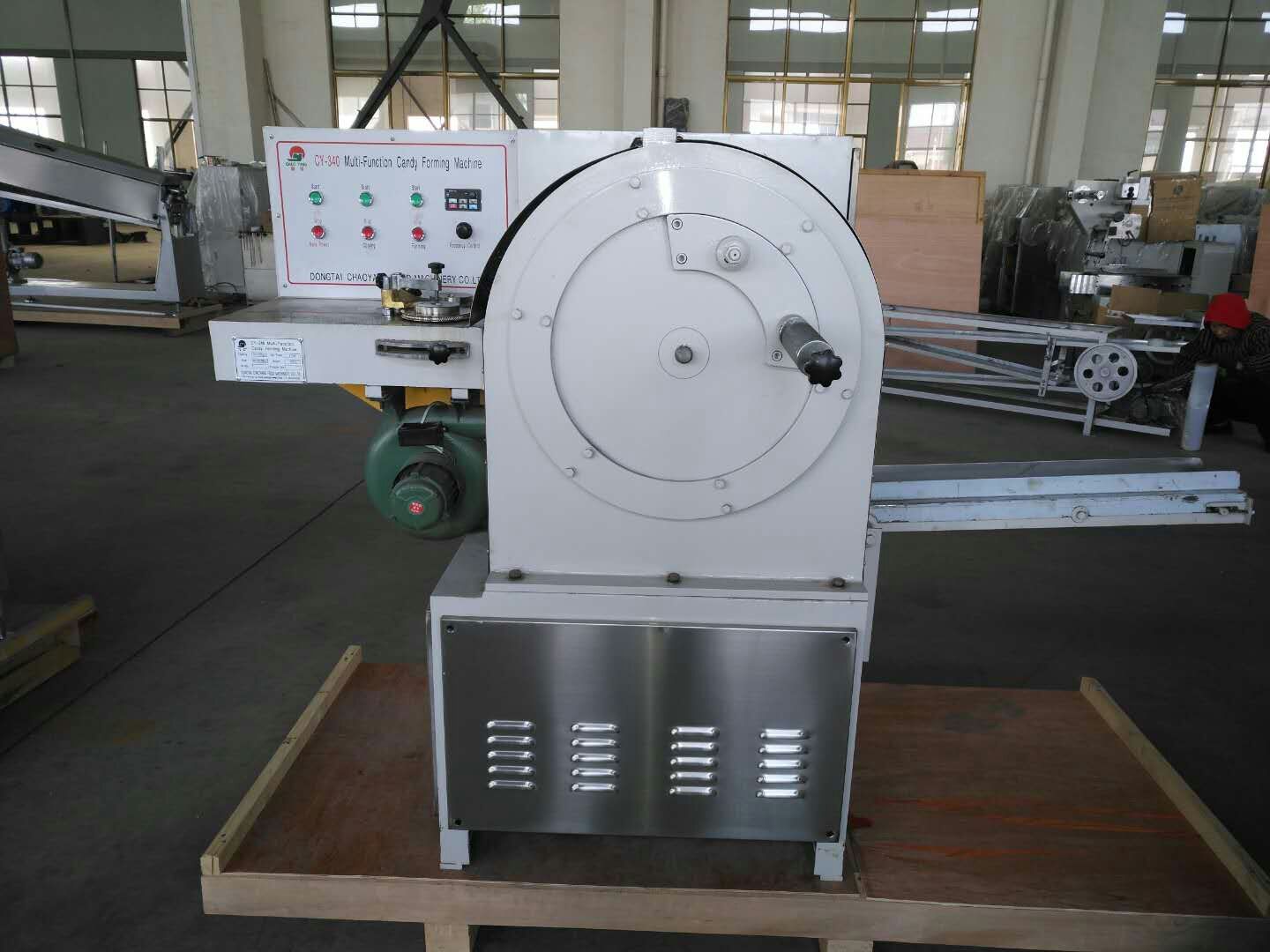 JYH150/300/450/600 hard candy depositing line is a compact unit which can continuously produce various kinds of hard candies under a strict sanitary condition. It is also an ideal equipment which can produce out good quality products with the saving of both the manpower and the space occupied. 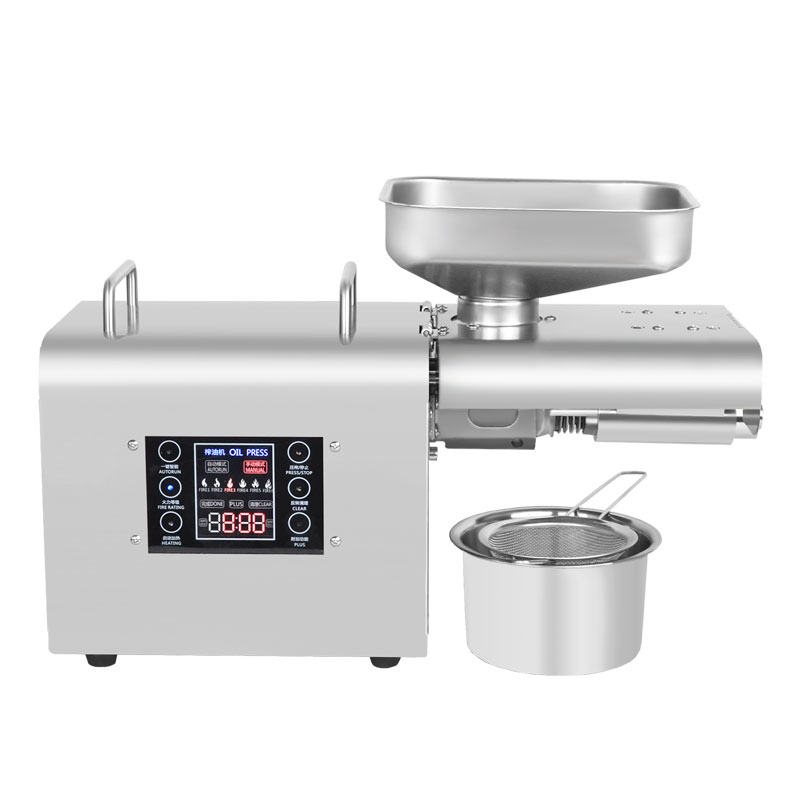 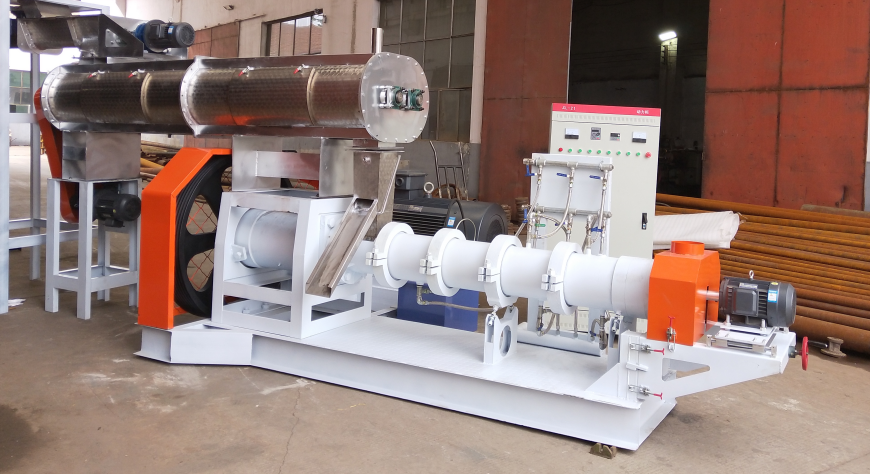 It can produce submerged aquatic and livestock pellet feed, which can eliminate most toxins and anti-nutrition factors in materials.Trypsin and urinase are beneficial to the digestion and absorption of animals and improve the digestibility of nutrients. 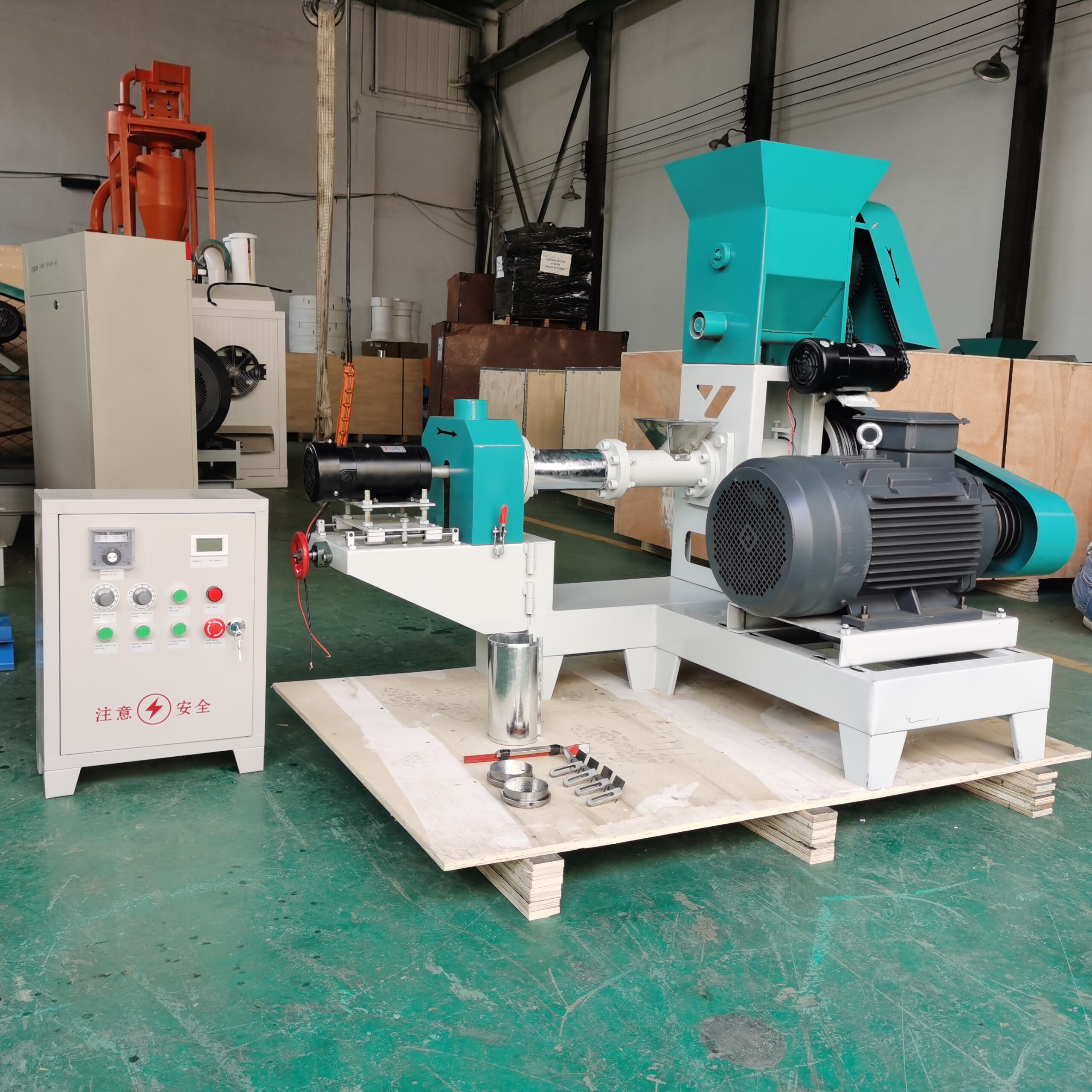 Main Features
1. Advanced diced structure. Adopting knife shaft locating spring combined cutting form to cut the same length particle.
2. The screw adopts abrasion-resisting high temperature alloy steel, with characters of abrasion-resistance and long service.
3. There is unique pressurized die device inside to ensure the feed’s production and quality.
4. Reasonable mainshaft bearing combination to ensure puffing machine’s security and duration.
5. Main motor adopts high quality three-phase motor to ensure strong power.
6. The particle puffing feed produced by this machine can float in water 12 hours without dispersing. It is pollution-free and easy to be digested by fish.
7. The feed after produced through high temperature can kill escherichia coli, salmonella and other harmful bacterial , ensure the feed’s hygiene.
8. It can save feed 8%-15%. 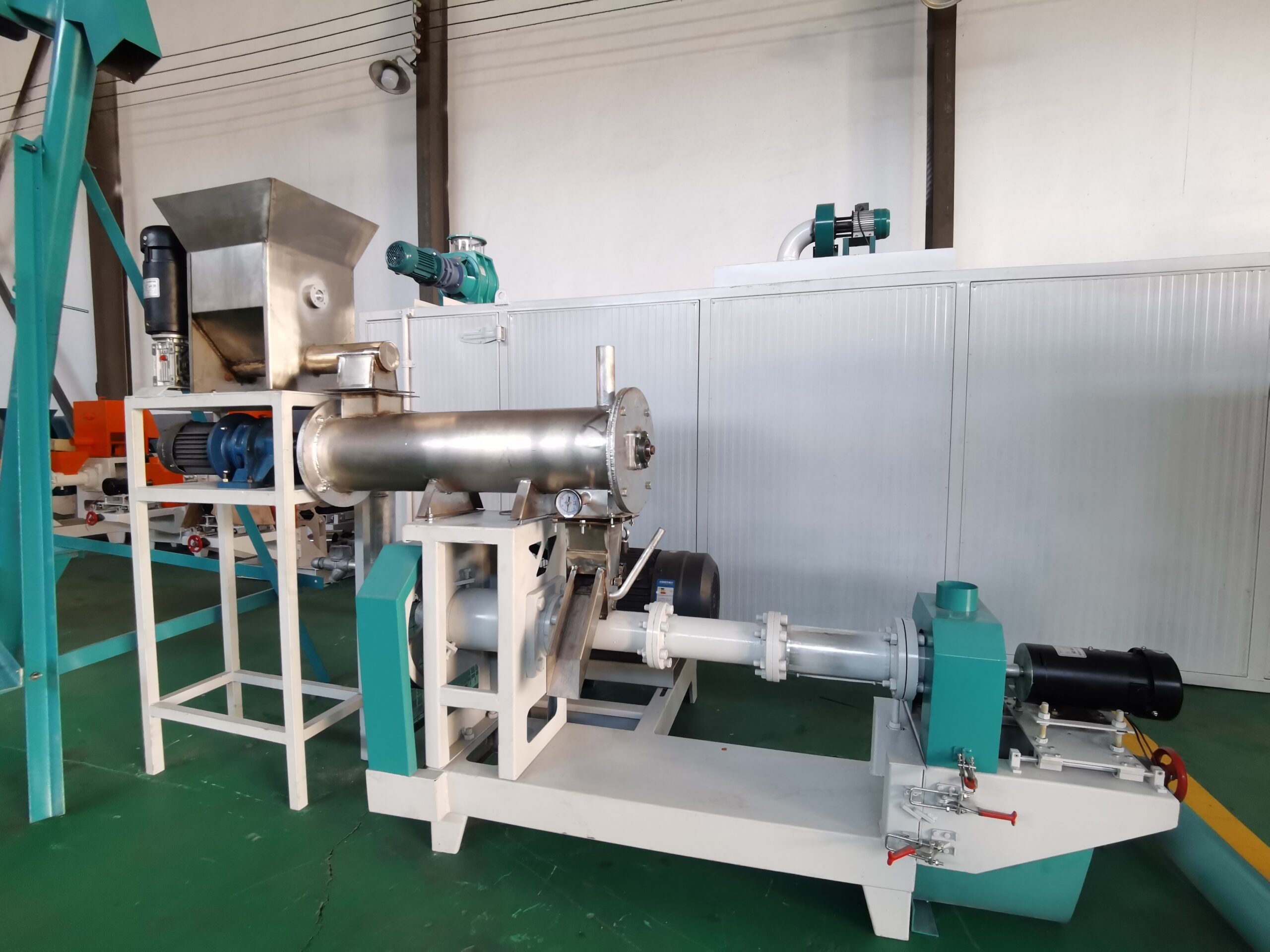 1. A unique pressure boosting die device is built in to ensure the output and quality of feed;And equipped with electric heating device to improve the expansion rate of feed.
2. The main motor adopts high-quality y-series three-phase motor to ensure strong power.
3. Speed control feeding device, which is more convenient to operate and even feeding, and prevents bottling machine.
4. The discharge template can be replaced simply, and the feed with different aperture can be replaced only.